Fifteen minutes later I checked Twitter and saw that Steve Jobs had died.

With the death of someone special to you, you gain a newfound clarity for a short time. It has happened to me once before, when a friend at school died. Amongst the chaos and trauma, life was put back into perspective. Trivial things become trivial and things you know are important like family are put back in their rightful place.

Last night, amid the tributes to Steve Jobs in my RSS reader there was a post about a small Mac App. I found it jarring, something so insignificant juxtaposed in a moment so profound.

I don’t know how long this newfound clarity will last. In the meantime, I am realigning what is important to me and what is worth living for.

There are three things that I think are worth living for, God, family and music.

Without family, you have nothing. That is all I need to say on that.

Finally, music. Steve Jobs’ life inspires me to make something meaningful, something that puts a ding in the universe. The best way that I know how to do this is through writing songs.

This is a small piece of music I composed for a podcast with a video game theme tune. It didn’t get used but I liked it so much I wanted to post it here.

One of the emergent and unforeseen problems of the free information society is that we have no good way of compensating the content makers.

Advertising works for some sites but if you’re less than naive, you know how SEO and writing for the lowest common denominator brings in a lot more revenue than a site that focuses on quality content. Furthermore, advertising often means that the author’s interests are more aligned with the advertisers than his readers.

This is one of the biggest problems that needs to be solved on the web if quality information is to prevail over quantity.

After Steve Jobs passing away I’ve been thinking a bit more about death and what it means. I was sitting at the piano and I remembered Steve Jobs commencement speech at Stanford. One idea stuck with me particularly.

No one wants to die. Even people who want to go to heaven don’t want to die to get there. And yet death is the destination we all share. No one has ever escaped it. And that is as it should be, because Death is very likely the single best invention of Life. It is Life’s change agent.

I felt encouraged by this, encouraged to do something worthwhile with my life. Life feels like a gift now, more than before.

If you haven’t seen the video then I highly recommend you watch it. 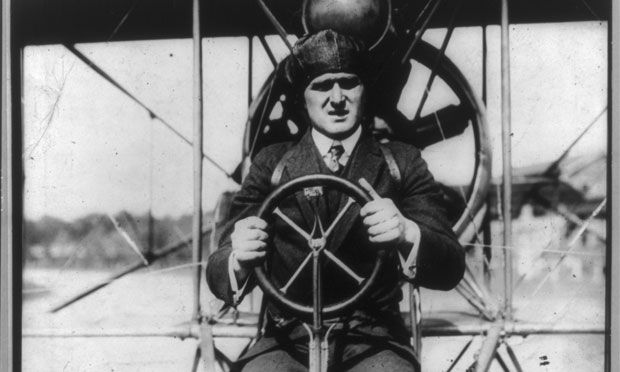 I’ve got a cold this week so I haven’t recorded the singing for this song but I’ve written it and I’ll record it as soon as I get my voice back. It’s a song about an American aviator. He was one of the most famous stunt pilots in the early 1900’s but is not well known anymore. I heard his story from this podcast by Radio Lab

Edit: I’ve posted the song now. It features fine vocal work from Kirk Pearson and Julia Egan from La Guardia School Of The Arts. You can hear some of their music at New Music Ensemble

Lincoln was a young boy
Not like the other boys
He spent his time staring at the sky
Launched his bike down the steepest hills
No brakes, just a strong will
Dreaming of the day he would fly

18 years young he’d flown this plane
At the crack of dawn when no-one was awake
He brought it up to speed and into the sky
3000 feet above the ground
His engines stalled, there was no sound
He fell into a spin that no-one had survived

Lincoln Beachy thought it was a dream
To go up to heaven in a flying machine
All his life he’d wanted fame
He found it now, flying a plane

In San Francisco the sun was high Flying a new plane, a new design
Pointed the plane into the sun
The metal struts couldn’t take the strain
The wings began to tear away
Everything came undone

Lincoln Beachy thought it was a dream
To go up to heaven in a flying machine
The machine went down and down he fell Did he make it to heaven, we’ll never tell

I’ve been learning the guitar fretboard for a while and thought that others might find my research and study useful.

I learnt the 5th and 6th string long ago but never really nailed down the rest of the fretboard really well.

Some of the things I used to learn the fretboard

Coming from playing the piano I have found it difficult to think of music in a guitar fretboard style but I am getting much better at it now.

The question that gets asked about technology, the one that is almost always precisely the wrong question is, “How does this advance help our business?”

The correct question is, “how does this advance undermine our business model and require us/enable us to build a new one?”

This is so important but so rarely understood.

I was preparing my final songwriting portfolio in TextEdit rather than the monster that is Microsoft Word. All was going well until I went to print a draft of my portfolio. Each song was separated by page breaks created from Edit > Insert > Page Break but they weren’t showing in the pdf I had created.

After some searching I found that I need to set Format > Wrap to Page. This will make the TextEdit window more like a traditional word processor look.

This weeks song is another one about the relationship technology has in our lives. I’m really proud of this song, this would be one of my favourite songs I’ve written this far.